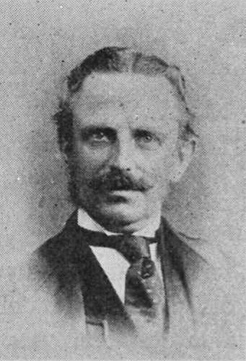 The earliest documented listing of the building is in 1741, but the building itself seems to date back to the early decades of the 18th Century. The site today consists of the pub and the shop, whereas originally it would only have been the Pub, it’s outbuildings of stables and orchards. The first owners of the then named “Bleu Bell” was the Lepper family, Moses, Mary, John and Thomas, with John Paine as the tenant. Throughout the late 1700s and early 1800s, the tenancy changed hands repeatedly between local stable keepers, yeomen and brewers from the local area until in 1821 it was taken over by Samuel Shepherd, of the Shepherd Neame dynasty who held the lease until the mid 1800s until his death.

In Shepherd’s will, the Bell was to be auctioned off, once again owned by several individuals ranging from carpenters to farmers until another large brewer came on the scene in 1863 and the Bell was leased for 21 years to John Brenchley and Edwin and John Stacey of Maidstone.

1880 saw the divide between the Pub, the stables and the shop next to the pub. After the closure of the Frittenden Provident Society in 1939, the bell went on to be consistently used as a meeting place for many of the village’s clubs and social groups, as it was conveniently placed right in the heart of the village. Everything from dance lessons, bowls club meetings and political meetings were held at the Bell. It is even recorded that Vestry meetings, commenced in the Church would adjourn to the Bell to complete business.

In 1963 both the village pubs; The Bell and the John Jorrocks were photographed, showing to be Fremlin brewer’s pubs.

1964 saw an interesting and important day as the Toucan Club, run by Bob Coram (better known as the cartoonish Maroc) along with others lobbied for draught Guinness to be available at The Bell, a feat which was ultimately successful!

In 1967, Fremlins was taken over by the brewers Whitbread , and after 65 years as licensee of The Bell, Dive Bearsby retired. It was at this point that plans were made to combine both The Bell and the John Jorrocks pubs. The John Jorrocks was closed, and the Bell was renamed The Bell & Jorrocks under the tenancy of Phil Oliver, the former tenant of the Jorrocks.

During the 1971 Postal Strike the Bell & Jorrocks becamse the site of the post box for a private postal service that was set up in the village. The post service distributed local, national and international mail during the strike. This is a position the pub now holds today after the closure of the village post office in 2007, as the pub became the first of its kind in the country to also provide the service of village post office.

Another noteable historical fact connected to the Bell & Jorrocks was when in 1983 it became the proud owner of a significan village artefact – a propeller blade from the German Heinkel plane that was shot down just outside the village, in 1940. The propeller still hangs in the pub today, along with a dramatic painting of the event.

In 1986 the tenancy was taken over by Brian and Nikki Holloway. The pub had been their tenancy since then until 2006 when Sean and Rosie Croucher took over to continue the provision of beer, food and a social centre to the village of Frittenden, into a fourth Century. 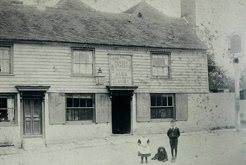 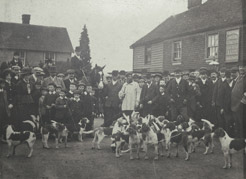 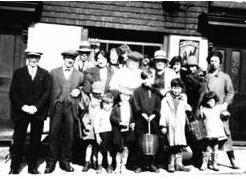